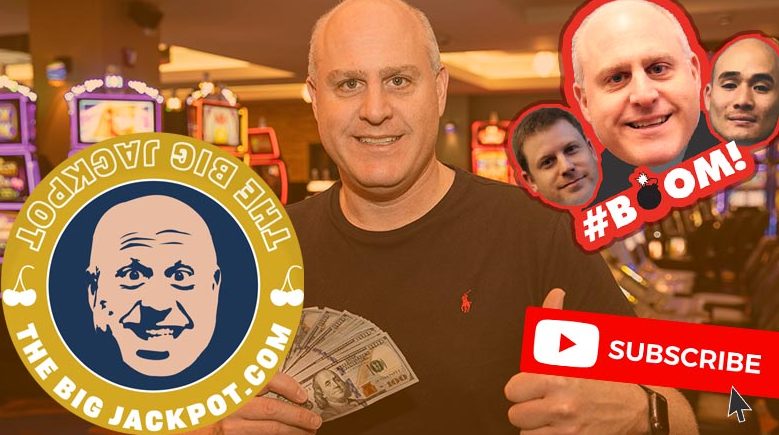 Scott Richter is one of the most controversial figures in gambling blogging. The man under the pseudonym of Raja, aka The Big Jackpot, managed during his career to lose more than 7 million dollars to spam, launch a YouTube channel about bitcoin gambling, gather an audience of more than 130 thousand subscribers and get into the top 50 most inspiring entrepreneurs according to Entrepreneur.com. The finishing touch was Scott’s book, Tips to Make Money on YouTube.

Scott’s indirect introduction to the gambling industry happened back in 2003, 12 years before The Big Jackpot Channel was founded. Mr. Richter was the director of OptInRealBig.com LLC and was a spammer. One of Scott’s advertised products was Iraqi playing cards. Letters presenting this product resonated in the SEO communities. Thanks to aggressive promotion, the company sold more than 40,000 decks before the product even hit the market. This earned Mr. Richter the title of “King of Spam.

In 2006, Microsoft representatives sued Mr. Richter for $7 million for illegal spam activities. Two years later, MySpace was also awarded $6 million in damages from Scott Richter for unsolicited ads. By then, Richter’s marketing firm was called Media Breakaway LLC. However, the head of the company continued to look for ways to reach its audience.

In November 2013, ICANN terminated the contract with Mr. Richter’s company and caused irreparable damage to his business. In 2015, Scott decided to change his line of business and started a YouTube channel dedicated to casinos and slot machines. Experience in web marketing helps Raja to promote the new project. In early 2019, The Big Jackpot’s YouTube account has 133,000 subscribers, and Scott’s Facebook page has more than 12,000 followers.

Blogger Raja, unlike his pretty rival Slotlady, does not work alone. The Big Jackpot has an entire team that travels with Scott to every casino in America. The main content of the YouTube channel are videos with a demonstration of playing “one-armed bandits” with high stakes. Raja does not like to be petty and considers himself a high roller. The blogger can spend up to $1,000 on one slot, and considers a good winnings a prize of at least $10,000.

On YouTube, The Big Jackpot lays out videos of his winnings, as well as periodically arranges live broadcasts directly from the casino. New content on the channel appears at least once a week, sometimes Richter’s team releases several videos. Raja has no favorite genres, but he prefers slot machines with generous bonuses and does reviews of new releases among slots.

The Big Jackpot has an Instagram account with 4,000 followers, Twitch and Patreon pages (about a thousand followers each). Scott uses social media to post announcements and reports on his team’s work, and often posts photos with fans. Richter invites all of his fans to join the Bomber Squad.

In addition to his social media and YouTube accounts, Raja is actively developing his own website. WON.com announces new videos, gambling festivals and cruises for Bomber Squad members, as well as letting fans know which land-based casino Raja plans to shoot his next video at.

The official description of The Big Jackpot channel states that Scott simply loves gambling and wants to share his hobby with other people. He invites subscribers not only gamblers, but also ordinary users who like to watch the game in the bitcoin slots. In an interview with Royal Piranha Profile blogger says:

-” I often experimented with social media in my marketing campaigns, and I started posting jackpot videos a long time ago. But I started to actively engage in my channel after I realized its potential, and the fact that I can create something interesting and generate income doing something I really enjoy.

Members of The Gambling Community are not so optimistic. They believe that The Big Jackpot is just another attempt by Scott Richter to make big money. Raja, like Slotlady, sells T-shirts and hoodies with his logo, caps, cups, cards, and even Christmas tree decorations”.

The video-blogger doesn’t say goodbye to his former glory as the King of Spam, reserving the right to dispose of the personal data of the members of his Bomber Squad. Skeptical members of the gambling community claim that Raja is still peddling email addresses. User Miller26 at The Gambling Community writes:

-“You can register on his (Raja’s) Web site, but you must agree to have your e-mail address and all your personal information sold to the highest bidder”.

The community hype, as well as the attempts of individual players to count Mr. Richter’s income, play into the hands of the latter. Detractors like to cite the average contribution of a blogger’s followers on Patreon. People donate a thousand dollars in exchange for a T-shirt signed by Raja himself, a deck of cards and joining The Big Jackpot to the internet user’s subscribers.

The book and its own application Scott Richter

Negative comments from some players don’t stop Raja from growing his business and exploring new directions. Richter isn’t fixated solely on gambling. He’s also a guest writer for the online publication Entrepreneur. Scott talks about trends in marketing, startup and personal brand development, and monetizing channels in video services. The Big Jackpot has even published his own book, Tips to Make Money on YouTube.

Another interesting project of Raji and his team was the development of a mobile app. The app collects all the material related to Scott’s activities: access to videos and live broadcasts, a store with branded clothing and accessories, notifications of upcoming events, and even links to slot machines that Richter recommends. All owners of The Big Jackpot on smartphones also receive nice bonuses: the opportunity to buy exclusive figures of the blogger and his team, free spins of the electronic Wheel of Fortune and participation in special promotions and raffles.

Scott Richter’s celebrity status makes him a welcome guest at any casino and allows you to make money on advertising land and virtual gambling establishments, slot machines and developers. But the blogger himself tries not to focus on this. Even in his YouTube profile Raja writes that he likes slots from IGT, and most of all – Black Widow, but in principle open to any experiments.